Our Governing Body is made up of 12 members of the school and wider local community, who bring their skills, expertise and experiences to support the continued development of our school. Being a Governor is a voluntary role and each of our Governors gives their time freely and have the best interests of our school and our children at heart.

The information below tells you a little more about each of our Governors and the roles they undertake on behalf of our school.

"I was asked to become a foundation governor in July 2016, representing St Ambrose Church, Leyland.

I taught for over 36 years in primary schools, the last 18 years being the deputy headteacher of St. Nicholas CE Primary School, a large church school in Blackpool. I have a particular interest in special needs and disabilities, having gained additional qualifications and led on all aspects of meeting the additional needs of vulnerable and disadvantaged pupils since the early 1980’s.

I was a diocesan inspector of church schools (SIAMS) for the dioceses of Blackburn, Carlisle and Chester until March 2020, having inspected almost 150 schools. RE, collective worship and church school development are therefore major interests.

I hope to continue to sustain the continued improvement of our school, working alongside other governors to support our staff, pupils and families."

"I served 30 years in the Police Force, joining initially West Midlands Police, as my home town is in Warwickshire, retiring in April 2008 as a Detective Sergeant in Greater Manchester Police.  The last 10 years of my service I was involved investigating serious crime and for 5 years led a Child Abuse Unit.   For the last 7 years I have been re- employed by Greater Manchester Police as an Action Manager in a Major Incident Support Unit, investigating Homicides.

I am a regular worshipper at St John the Evangelist, Whittle-Le-Woods where I currently serve as Church Warden, involving myself completely in the life of the Church. I am very committed to the continuing development of a Christian ethos within Clayton-le-Woods C.E. Primary School"

"During my short life I have attended two schools and one university, and I have served as a secondary school teacher in four schools. Since being ordained I have been in three parishes with church schools and have been a governor at all of them. I love coming in to school most weeks and leading worship and teaching Bible stories. It is a joy to serve the children and school in this way. In my spare time I love mucking about with bicycles, furniture and food."

Paul is the curate at Clayton Brook Community Church and St John the Evangelist Whittle-le-woods. As a governor he supports the school by helping to lead worship, and providing pastoral support.

Kayleigh Howlett, Staff Governor
"I am the staff governor for Clayton-le-Woods CE Primary school. I'm responsible for several areas in school: SENDCO, Deputy DSL and KS2 Leader. I teach full time in Y5, whilst also leading Maths across school. I have been a proud member of the Clayton-le-Woods family for 8 years as of 2021 and couldn't wish to work within a better school."

"I am a career civil servant, working in digital government. I am committed to making the school the best it can be for the children and the local community, and am really proud to be part of the governing body."

Clerk to the Governors is Bernard Golding
Governors can be contacted via the School Office.

Governors who are involved with other educational establishments:

Relationships between Governors and members of the school:

There are no reported relationships between Governors and school staff.

The following people have either retired or resigned from the Board of Governors in the last 12 month period: Mr John Barnes 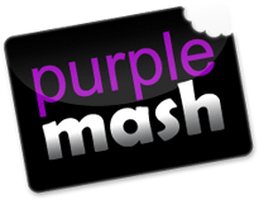